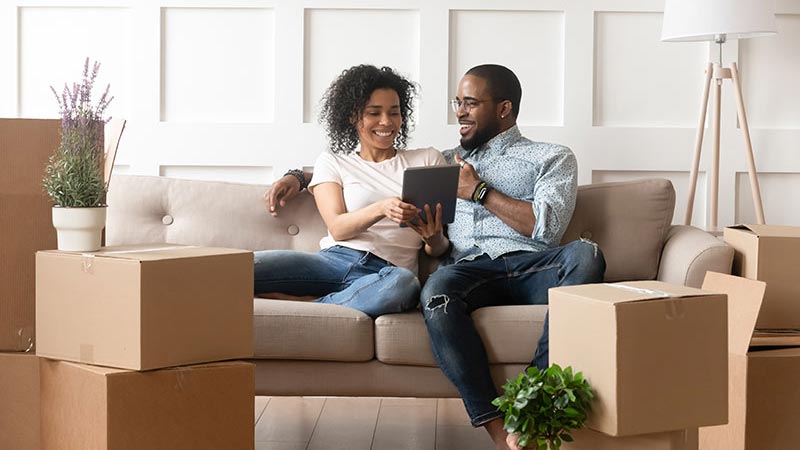 Should I buy a house now?

SHARE
✦
✦
Key concepts to consider when buying a home now.

The housing market in the United States has been on fire for the past couple of years. Driven by pent-up demand, low-interest rates, and companies providing more flexibility on where their employees live due to the pandemic, homes were selling as soon as or even before they officially hit the market. Recently, home prices have increased, and mortgage rates have surged. So, you may be wondering if you should buy a house now. At HHHunt, we want to keep you informed with industry information so you can make a decision that works best for you. Below, we’ve broken down key concepts to consider.

Federal Reserve officials first announced that they would raise interest rates on March 16, and they have continued to do so in the months that have followed.  What does this mean for you? When interest rates rise by a quarter of a percent, the monthly mortgage payment on your home increases, and that could add tens of thousands of dollars more to your total mortgage payment across the life of the loan. In fact, since the Federal Reserve’s announcement, mortgage rates have climbed to their highest levels since 2008. Even so, today’s rates (between 6 and 7%) are still historically low. Fixed rates were above 6% for the first 26 of the last 40 years. But in recent years, we have gotten used to seeing rates around 5% and even lower. So, waiting to buy a new home could cost you money in the long term as the Federal Reserve continues to hike rates to fight inflation.

There is No Housing Bubble

Many homebuyers are concerned that we are in a housing bubble similar to what we saw from 2004-2008. The simple truth is that there is no housing bubble. However, we can trace the origins of the tight housing market back to the Great Recession. From 2007 to 2011, thousands of homebuilders went out of business. Couple that with the fact that those homebuilders that did survive stopped building new homes. Finally, so many homes were underwater on their mortgage, and owners had to wait to sell to recoup their money.

For almost a decade, we had a stagnant home market. There has been pent-up demand fueled by millennials entering the homebuying market. The largest peak of potential first-time homebuyers (Ages 26-34) in history is upon us, and there simply is not enough supply. In December 2021, there were only 1.8 months of supply of new homes, which is the lowest it’s ever been. And today, we are only up to 1.9 months of supply. Equilibrium is considered to be at six months.  It is supply and demand economics – there is no housing bubble because there aren’t enough new homes being built to keep up with demand.

And this prolonged lack of supply will continue to push prices, even once interest rates stabilize. However, homebuyers should not be fearful of buying at the “top of the market” as long as prices are increasing. Owning a home is still the best way to build wealth in the U.S. As soon as you purchase at today’s pricing, future increases become your personal equity. So even if home appreciation slows to three to four percent (compared to the unsustainable 15-16% we have seen recently), there is still no better investment option for building long-term wealth.

Rents Continue to Climb in 2022

For those entering the homebuying market who currently rent, you have most likely seen an increase in rent this year. Even with all the new apartment home communities coming online, there is still insufficient inventory to meet the demand. Freddie Mac expects rents to increase by at least 3.6 percent in 2022, according to their 2022 Multifamily Outlook. Vacancy rates are among the lowest ever recorded in the United States. The generational peak of millennials and the challenge of affordability in purchasing a home (due to higher prices and mortgage rates) contribute to this strong demand in the rental market, and that has put tremendous pressure on the supply. If you are looking to buy a new home, now is a good time to consider doing so before your cost to rent increases further.

The COVID-19 pandemic put extraordinary pressure on the U.S. supply chain and workers. When the pandemic started in 2020, many companies sent their workers home, which stopped the production of goods needed to construct new homes. Since that time, everyone has been playing catch up. That has increased the prices of raw goods, which are in demand now. Couple that with the fact that many workers are selecting new career paths, and there continues to be a backlog within the construction industry. We have seen these shortages begin to ease throughout 2022, but fuel and labor costs remain much higher than average. As such, prices are still expected to increase by a total of three to four percent over the year. Despite the increases that have already occurred, this projection of continued increase makes it well worth considering buying now rather than continuing to wait.

At HHHunt, we believe it’s how you live that matters, and providing you with the best information is at the heart of who we are as a company. We hope that you found this helpful. If you are interested in purchasing a new construction home, townhome or condo in North Carolina or Virginia, we invite you to explore HHHunt Homes.

You may be wondering if you should buy a house now. To keep you informed, HHHunt has broken down some key concepts for you to consider. 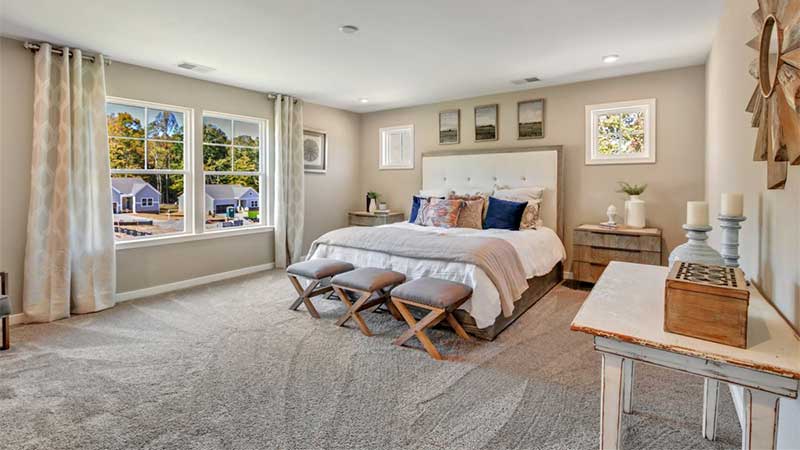 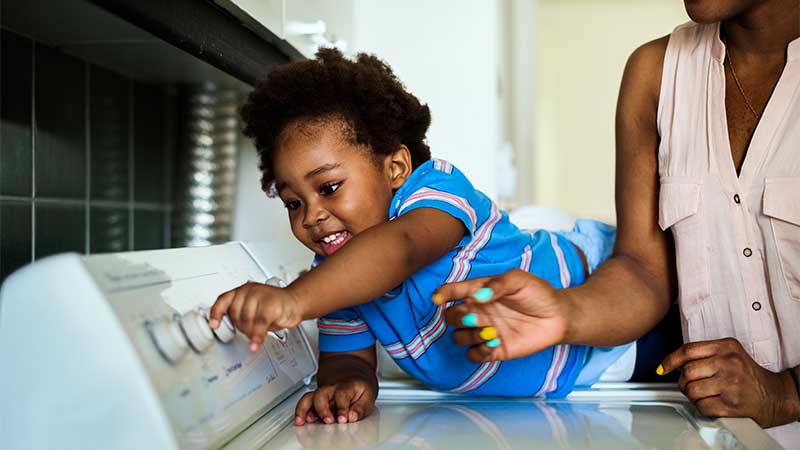 What to look for in an apartment community

Here are some key features that renters are looking for in an apartment community. 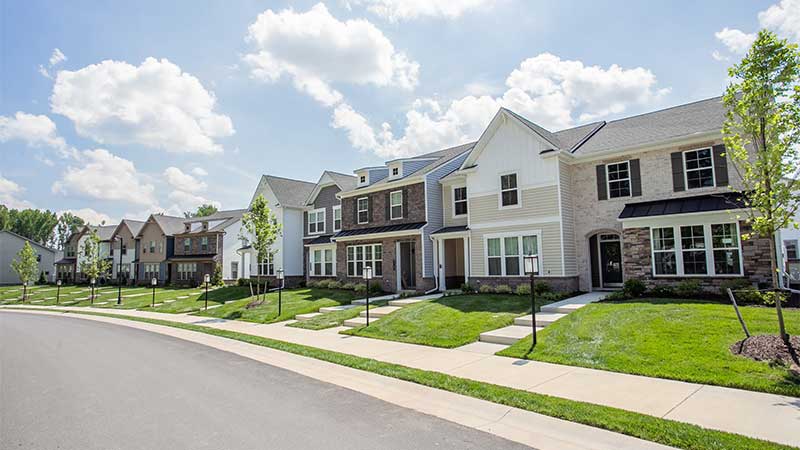 What is the difference between a condo and townhome?

We are often asked, “What’s the difference between a condo and a townhome?” That is a great question and we’re here with some answers. 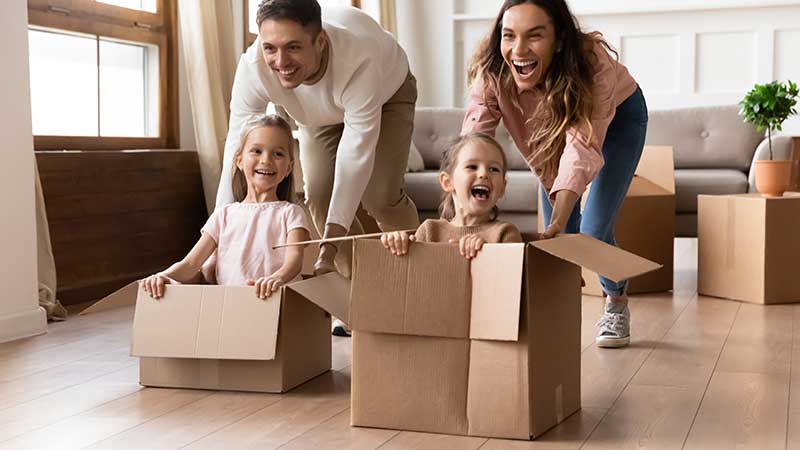 What is covered under a home warranty

One of the most frequently asked questions is what is covered under a home warranty, and we wanted to share some answers to those questions. 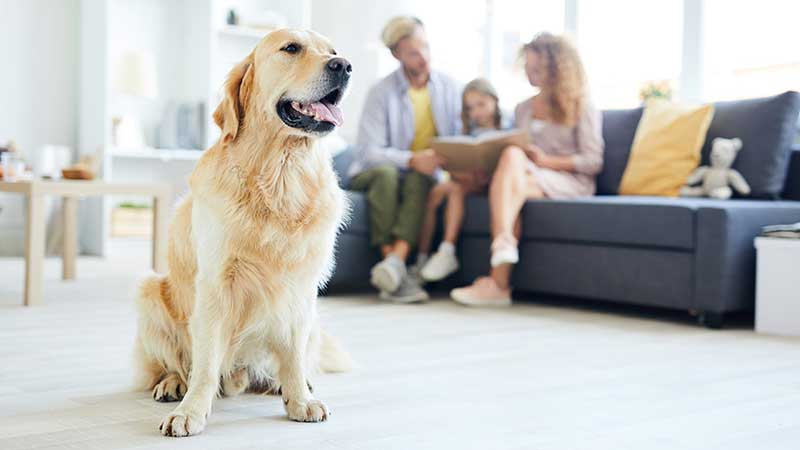 What should I look for in an apartment community?

We receive lots of questions about what to look for when choosing an apartment community, and here are answers to some of the most frequently asked questions.